[blockquote author=”Winston Churchill”]Criticism may not be agreeable, but it is necessary. It fulfils the same function as pain in the human body. It calls attention to an unhealthy state of things.[/blockquote] 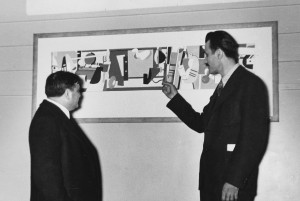 Criticism is a fact of life. No matter how successful, friendly or personable you become, achievements are always accompanied by judgement. Individuals are criticized because of mistakes, differing opinions and sometimes emotions that are rooted in jealously.

Escaping the clutches of personal evaluations is an impossible task. However, despite the looming negativity that accompanies critiques, dealing with opposing viewpoints in the most positive way will lead to personal growth and future well-being.

Studies show that the Amygdala and the Medial Prefrontal Cortex portions of the brain are responsible for how we process and approach criticism. When we hear personal critiques, the portion of the brain that enables our fight or flight response to danger is the same portion that reacts to judgement from others, creating a negative bias. This is why it is easy to process negativity as opposed to positive affirmation.

So essentially the first step in dealing with negative comments is to first accept the emotions that accompany judgement from others. Trying to separate yourself from the emotions and chemistry of the brain will essentially lead to further anxiety and emotional disconnect. However, once we realize that it is normal both physiologically and emotionally to find discomfort in criticism, we can then move on to rationally processing the information of criticism.

Once we accept our feelings and emotions, we are then able to begin to dissect the comments in a rational way to help us grow. When we are at this stage of processing an evaluation it is essential to separate the negative viewpoints from the self. To process a critique we need to understand that negative feedback is often based on our actions, not our individuality.

To fully separate ourselves from the criticism that we face we must ask open-ended questions. Rather than just accept others’ assessments it is important to first understand not only what they are saying, but why they are saying it. By taking this approach of understanding the source of the criticism we then view the problem not as an attack on our personality, but rather a problem that has the potential to be solved.

It is said that nobody learns anything on a good day, which is true. Criticism is often times a mask for our greatest learning opportunities.